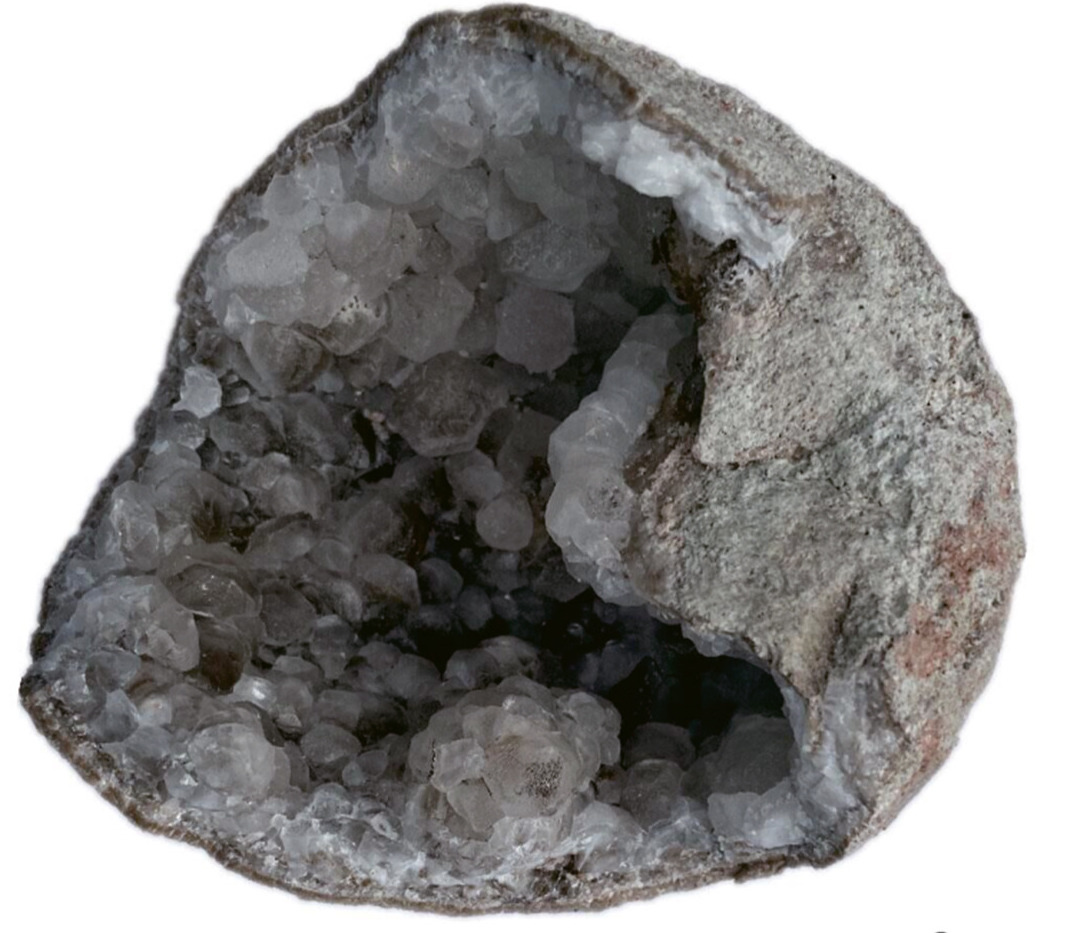 Two cannonball-size dinosaur eggs filled with crystals have been discovered by paleontologists in China.

The fossilized, spherical eggs belong to a previously unknown dinosaur species and were found packed with calcite crystals. They were unearthed in the Qianshan Basin in East China’s Anhui province.

Three eggs were dug up from the basin’s soil, but only two remain; the researchers who made the discovery noted that the third was “lost and still in the process of collection.” Whether the third egg was misplaced, damaged during excavation or stolen is unclear. The two remaining eggs have been classified with the name Shixingoolithus qianshanensis, making them a newly described oospecies. (Oospecies, oogenera and oofamilies are the taxonomic names for dinosaurs known only from their eggs.) The researchers published their findings Aug. 25 in the Journal of Paleontology.

According to the researchers, the eggs are “nearly spheroid” and roughly cannonball-size, with a length of 4.1 to 5.4 inches (105 to 137 millimeters) and a width of 3.9 to 5.3 inches (99 to 134 mm). One of the two collected eggs was found partially broken; its inner surface “is covered by a calcite crystal layer, and individual calcite crystals are evident,” the researchers reported.

Calcite is a carbonate mineral commonly found in the eggs of birds and dinosaurs, the study authors explained. Calcite crystals form when calcium carbonate — also used to strengthen bones, teeth and nails — separates from the eggshell structure and gets deposited on its internal surface in the form of slowly growing crystals.

A prior study published in 2014 in the journal Cretaceous Research suggested that previously discovered Shixingoolithus eggs of a different species likely belonged to an ornithopod — a group of duck-billed, herbivorous and mostly bipedal dinosaurs that grew to up to 30 feet (9 meters) long. Ornithopods lived from the latter part of the Triassic period (251.9 million to 201.3 million years ago) to the late Cretaceous period (145 million to 66 million years ago) — after which they and all the other non-avian dinosaurs were wiped out by the impact and the aftermath of the Chicxulub asteroid, which slammed into the Yucatán peninsula.

Following that cataclysmic collision, enormous amounts of sulfur were catapulted high into the stratosphere. The sulfur gases blocked out the sun and rapidly cooled Earth, possibly for centuries, while also raining lethal acid rain, changing the chemistry of the oceans for tens of thousands of years. All of this led to the extinction of roughly 75% of Earth’s plant and animal species — including ornithopods.

During the Cretaceous, what is now East China experienced volcanic eruptions that deposited vast amounts of sediment, making the area an especially rich region for fossil hunters. According to National Geographic (opens in new tab), more than 60 species of plants, nearly 90 species of vertebrates, and around 300 species of invertebrates have been identified in China’s northwestern Liaoning province alone.

Those conditions are also superb for preserving dinosaur eggs, the researchers reported.

“Dinosaur eggs in the Upper Cretaceous of China are characterized by prodigious quantities, abundant types and wide distribution,” they wrote in the study. “Approximately 16 oofamilies and 35 oogenera have been reported in China.”

21/08/2022 superuser
[ad_1] In an unprecedented move, the NHS Confederation has written to the Chancellor on behalf of staff across England, Wales
US & World

Dementia with Lewy bodies: Signs include fainting, unsteadiness, and falls

Statins: Taking St John’s wort and CoQ10 at same time can cause side effects

California stimulus check: Here’s when gas rebates will arrive — and how much you’ll get